Apple Must Develop This Product to Stay Relevant - HINT, It's Not AppleTV 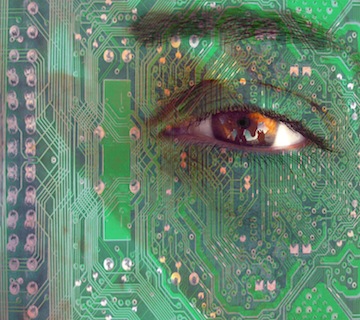 Bigger iPhone, smaller iPad, higher resolution displays, faster processors; those are the incremental updates Apple has been making to its product line over the last several years.  How does Apple plan to stay relevant when their bread and butter is introducing groundbreaking products?

From the original Apple computer which started the personal computer revolution, to the iPod that made digitally portable music a standard, the iPhone that made smartphones ubiquitous and the iPad which made tablet computing mainstream, every few years Apple needs to develop a product to revolutionize the way the mainstream consumer interacts with technology.

Now that Steve Jobs is gone, can Apple continue to innovate and dominate the consumer electronics market?  With a market capitalization higher, more cash in the bank, and the ability to produce more cash quarterly than any other company, many pundits say that there is only one place for Apple to go -- down!

What are the products that will keep Apple as the top company in the world?  Some are pointing to AppleTV.  However, I think AppleTV is a losing proposition.  I simply don't see the attraction of  purchasing a highly expensive and probably smaller television set.  I'm perfectly happy with my 60" LED TV that I purchased for less than $1,000.  It has Youtube and Netflix built-in, connection to a PS3 for Blu-ray and AppleTV for streaming content from our Apple devices.

I can't see spending two to three times that amount for a smaller TV because it's an Apple branded product.  That ship has sailed.  Therefore, should Apple introduce an integrated TV product, it may be time to be content with Apple performing over the next ten years like Microsoft has performed over the last ten years -- stagnant.

If AppleTV isn't going to help the company maintain its dominance, than what is?

Wearable Computer Technology Will be the Next Evolution in Consumer Electronics

As devices continue to get smaller, more powerful and require less energy to run, it's inevitable that we will no longer carry computing devices like smart phones and tablets. We will begin wearing them!

If you're like most people your morning probably goes something like this when getting ready for the day: You eat breakfast, shower and brush your teeth (put on makeup, shave, etc.), you put on your cloths and then your jewelry (this may include a watch).  For many, putting on a pair of glasses or contacts is part of that routine.  Finally, in your pocket or purse goes your smart phone.

That last part, placing your smart phone in your pocket or purse, was something new we had to learn in the last few years.  Therefore, adding a smart phone to your day was actually uncommon and was a newly learned behavior.

In a world of wearable computer technology, you will actually have to unlearn putting something into your purse or pocket. Life with computers will become even easier.

The ultimate combination wearable computing device will be a wristwatch and a pair of glasses.  The wristwatch will serve as the primary computing brains.  Seems pretty straight forward to put on a wristwatch as part of your daily routine.  No big disruption there.  Since many of us wear glasses, even if it's only sunglasses for those that don't need corrective eyewear, again, there's no big disruption to our routine there either.

The solution is to create a split system -- wristwatch that serves as the brains which wirelessly connects to glasses that serve as the display.  By having a split system, a wristwatch which can be fashionable and compact and with an eyeglass that projects imagery from the wristwatch onto your eye, wearable computing becomes more feasible.  Overall power consumption will be reduced, but capacity will be increased.

A small battery can power the eyeglasses and a larger battery can power the watch.  Both the watch and the eyeglasses can have built-in solar cells so ordinary use can help charge the battery further reducing the battery size requirements.  Even on the wristwatch, new battery technology will be needed as lithium ion batteries still post a barrier to wearables, but a new battery technology startup is developing that could change that quickly -- exactly the type of company Apple is adept at acquiring.

Wearable computing technology will be evolutionary, but the user interface will be revolutionary.  The company developing the technology will need to be highly effective at developing the best possible user experience because it will require a new way of interacting with computers.  What better company to introduce iWear than Apple?  They know user interface design better than any other company.

Apple already develops stylish products with which people want to be seen.  It's not hard to imagine making wearable Apple jewelry part of your daily routine.

As a matter of fact, a company called Vuzix is already working on iWear.  They have a product called Smart Glasses which connects to your smartphone.  I don't see this taking off because it's not a fully integrated experience.  This is where Apple excels.  If they build a combination solution, wristwatch and eyepiece together, they'll have a consumer hit on their hands that people will once again be lining up at the Apple store to get.

Look for Apple to introduce such a product in the next three years.  That's about all the gas in the tank their current product roadmap of computers, smart phones and tablets has to power them through before the competition severely eats into their market share.  Without domination in the next evolution of computing, Apple, once again, will be a niche player in the market.

One last thing that Apple needs to do over the next three years. They need to control their manufacturing capacity, but that's for another post.