My Wife Doesn't Care About Bubbles, Neither Does Yours

The question everyone from Silicon Valley to Wall Street to technology circles is asking is, "Are we in a technology/Internet/Web 2.0 bubble?" 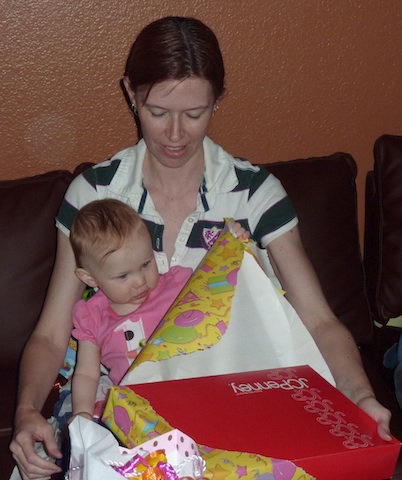 What's the best way to know whether we are at the beginning of a boom or at the peak with a bubble waiting to burst?  When your waitress, bartender, hair stylist, etc. starts talking about their technology investments.

If you remember, every Tom, Dick and Harry was investing near the top of the real estate market.  You had your average "Joe the Plumber" investing in real estate as if there were no downside.  People were pimping out their credit to buy houses with no/low documentation (liar) loans.  People weren't buying houses to live in them, they were buying them as no lose proposition investments.

Yes, the people in tech circles are whining about tech company valuations, but very few average Americans really give a rats ass.

Until my wife starts taking about technology in terms that make it clear we are in a bubble, this chatter will remain confined to technology pundits, sector investors and other market insiders.

Facebook and LinkedIn are used by everyday people.  They've amassed user bases in the hundreds of millions.  Until something else comes along that offers a better network effect, there's no reason not to think these companies are on solid footing regardless of their valuations.  Their stocks (in Facebook's case, secondary private trading), could go down to nothing and they would survive because they don't need the money.  They have plenty of cash in the bank and are profitable.

In the 1999/2000 dotcom bust, you had companies that only had their stock.  When the value of their stocks plummeted, they we left with no access to cash. Cash on hand wasn't enough to support burn rates based upon phantom revenue generation.

When your non industry insider wife comes to you and says "Let's invest in XYZ company because it's the next Groupon for social checkin mobile application network game company" you know there is a problem.  However, when your wife enjoys connecting with friends and family to see what they are up to now on Facebook, she's more concerned about using the service as opposed to investing in the service.  Therefore, you probably have little to worry about as she goes about viewing ads that have reached her based upon her social graph.

Sometimes, as insiders, we get so wrapped up within our industry that you forget that until real people start talking about Web 2.0 company valuations in everyday casual conversation, the bubble has a ways to go before being fully inflated.