While on paternity leave, enjoying my first days with Baby Bell, I made the decision to sign up for Twitter.  In a little over two months, I've amassed a following of nearly 2,000, by using various tips and tactics including spending some cash.

While you might say that's a pretty good start, out of those 2,000 followers, there are probably only a handful that are engaged in what I tweet.  The true value of my following is, therefore, minimal.  A lot more work is going to be needed before there will be a substantial benefit from having a large number of followers.  As mentioned in a post on The Banner Blog, having a large number of followers does have other benefits, however. 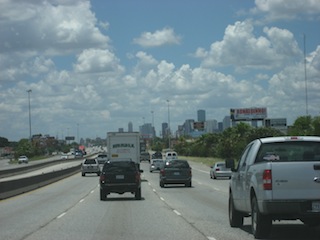 If part of your plan involves gaining a large number of followers, here are 3 resources I used to build my following:

First, I suggest reading the article by Chris Cade, 9 Ways To Get Twitter Followers Without Doing Anything that he posted on his blog.  While you can't exactly build your following by doing nothing, it nevertheless provides some good tips on what you can do to build it right.

If you're impatient like me, a good way to quickly boost your followers is to use a service called Twiends.  This service provides a credit based system where you get credits for following people that can be used to get people to follow you in return.  What I've found, however, is that a lot of the followers are not of a high quality.  I can't say all of them, but expect a lot of turnover as people will follow you just to get the credits, then quickly unfollow.  In addition, it seems that many of the followers who've found me via this service are from the MySpace crowd which seems to be a younger and music focused demographic.  Of course, there are simply tons of spam followers as well.  Again, if you want a quick following to boost your numbers, Twiends is great.  If you're expecting a quality following, then this may not be the service for you.

One interesting thing you can do to build followers, while interacting face to face, is to find a Tweetup event in your area.  A Tweetup is where people get together to network with each other in person with the event organized around a particular hashtag.  After a Tweetup event, you'll see the people you meet at the event mention you on Twitter, follow you and get others to follow you that may have been at the event that you didn't personally get to meet.  Mashable put together a "how to" on organizing a Tweetup event yourself.

Just remember, a large number of followers doesn't really do much on its own, but you may have your reasons, just like I did, for building your following.  As long as you have a long term plan, you can benefit from a large following and leverage it to accomplish your agenda.  While you're at it, go ahead and follow me.  Good luck and happy tweeting!